Students learn about the power of storytelling with author visit 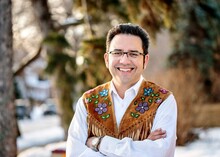 It is always an adventure when Richard Van Camp visits the Fort Vermilion School Division.

The best-selling author and renowned storyteller spent time in High Level at High Level Public School on Nov. 26, where he hosted a viewing of his Restorative Justice film, “Three Feathers,” for the Grade 8 class.

Three Feathers, based on a graphic novel of the same name written by Van Camp and illustrated by Krystal Mateus, tells the story of Flinch, Bryce, and Rupert – three young men who have vandalized their community. Sent by their Elders to live for nine months on the land as part of a circle sentencing process, they learn to take responsibility for their actions and acquire the values that have been lacking in their lives – humility, caring and respect.

Van Camp also spent time talking to students about designing characters in fiction and why conflict is important.

“We had a chat about self care and the importance of education and culture,” Van Camp said. “That night, we showed the movie based on my novel, ‘The Lesser Blessed,’ to the community and, to my delight, several students showed up with their parents.”

The next day, Van Camp was at Buffalo Head Prairie School, where he was part of an author’s lunch with students from across the division.

“It was fantastic,” Van Camp said. “We were laughing it up in no time.”

During the event, he spoke to students about how he never imagined he would be living the life he leads as an author whose books have been turned into film.

“Had anyone told me when I was their age that I'd have 24 books out in 23 years and that several of my stories would be adapted to film, I would not have believed them,” he said. “I wanted to be a ninja! How blessed am I to share my stories and books with students in Northern Alberta? So blessed!”

He shared with them that he does not drink, smoke, or do drugs, and that he has seen them ruin communities. He also spoke about the importance of young people to realize they can make a great living as authors and artists.

“I spoke about acting opportunities, as CBC will be looking for actors for Eden Robinson's ‘The Trickster’ series and Cherie Demaline has sold the TV rights for ‘The Marrow Thieves,’ he said. “The students that I was speaking to are the exact ages of the characters in these books, so I told the students to read the books now and get in touch with both Eden and Cherie directly and make a case for yourself.”

“I had many promises that this would happen,” he added. “How cool would it be to see students from your schools on the big screen representing their families, their communities, their schools, their dreams?”

Fresh off a trip to Yellowknife, Van Camp has been busy promoting a number of projects recently. He has two new books out, including a short story collection called “Moccasin Square Gardens” and a new baby book called “May We Have Enough to Share.”

“We've been screening Three Feathers steadily since it came out,” he added. “It makes me so happy to share what I've been up to as an author and as someone who witnessed how hard our director, the producers, and the team and actors behind Three Feathers worked for three years to make such an incredible movie. Our director is Carla Ulrich. Our producers are Liz Levine and Brent Kaulback. Our Associate Producer is Ann Lepine.” 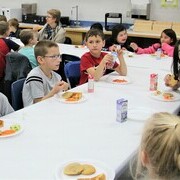 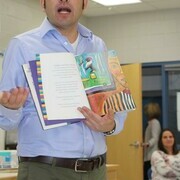 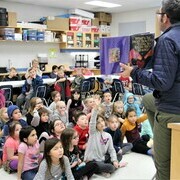 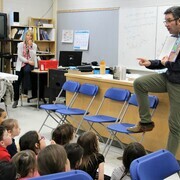 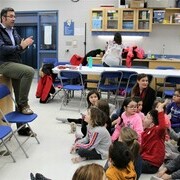 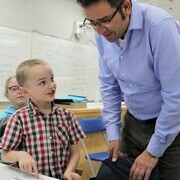 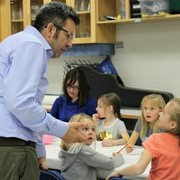