Fort Vermilion Public School was alive with the thunder of drums and all the excitement of traditional Hand Games during the Fort Vermilion Winter Carnival.

Teams from across the region came to FVPS to take part in the Hand Games fundraising tournament on Feb. 28-29 to compete for cash prizes while raising money for a ski trip to Jasper planned for next year.

“The event was very successful with over 200 people in attendance each day,” said Grant Charles, FVPS Principal. “The event ran very smoothly and all teams showed great sportsmanship. It was great to see players of all ages, Elders, and youth playing side by side.”

Northern Hand Games are an ancient cultural sport and are a celebrated activity to this day. They involve two teams facing off in a game of bluffing and skill. To be successful, players need to have stamina, be clever, and have to work effectively as a team.

The tournament would not have been possible without a lot of hard work by volunteers, including staff members and students who are going on the ski trip. Twenty-two students volunteered in all, working in the kitchen, in concession, and cleaning.

“The two other staff members are Monica Weiler and Niki Parenteau,” said Charles. “They were instrumental in planning and running the event – especially organizing the kitchen and concession.”

The tournament came together after Fort Vermilion Winter Carnival organizers approached the school to host the event.

“We thought it was a great opportunity to showcase First Nations culture to our students and community,” said Charles.

“We would like to thank all the participants who traveled for the event and all the spectators who came to cheer on the games,” he added. “A special thanks to all staff and students who helped prepare for the event and put time in over the two days.” 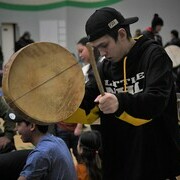 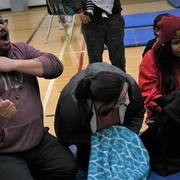 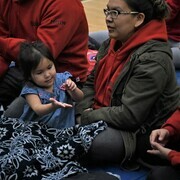 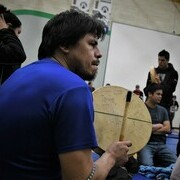 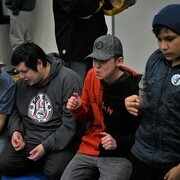 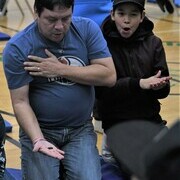 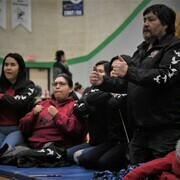